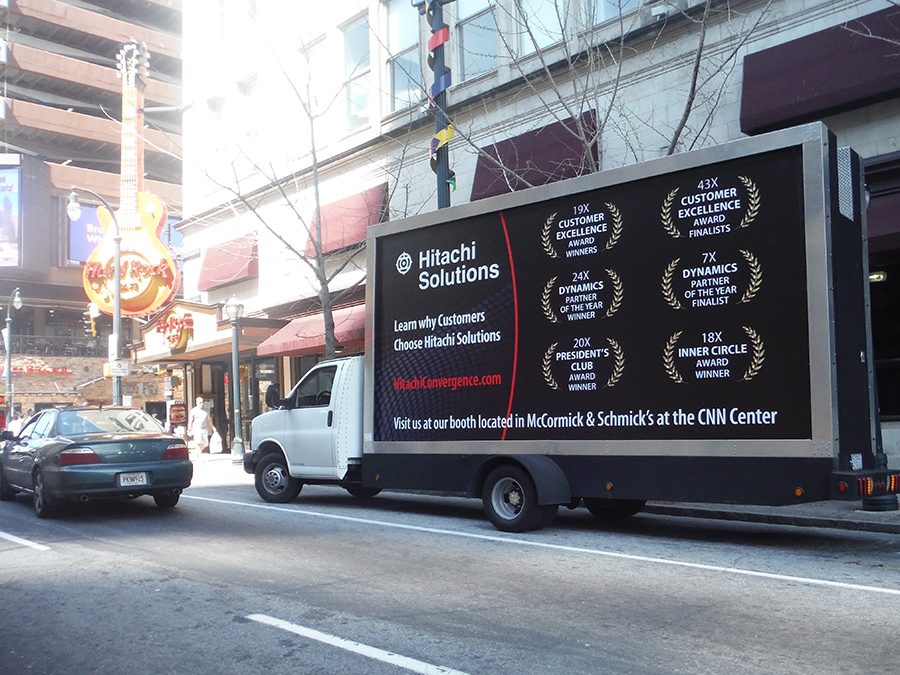 Atlanta is the capitol of Georgia and was the site of the 1996 Summer Olympic Games. Atlanta is one of the largest cultural and business centers of the South. Atlanta was originally started as a railroad center. Atlanta, Georgia is one of the fastest growing cities in the United States. Home to The World of Coca-Cola, The Georgia Aquarium, CNN Center and the Fox Theater, Altanta Georgia is a must-see for any traveler. Call 1-844-5 BIGADS (844-524-4237) for mobile billboards of all kinds.

Atlanta has recently emerged as a leader in commerce and industry. Advertise in Atlanta with mobile billboards from Ad Runner. Let our mobile billboard advertising trucks take your message on the road in Atlanta and Atlanta metro. Call 1-844-5 BIGADS (844-524-4237) to advertise.