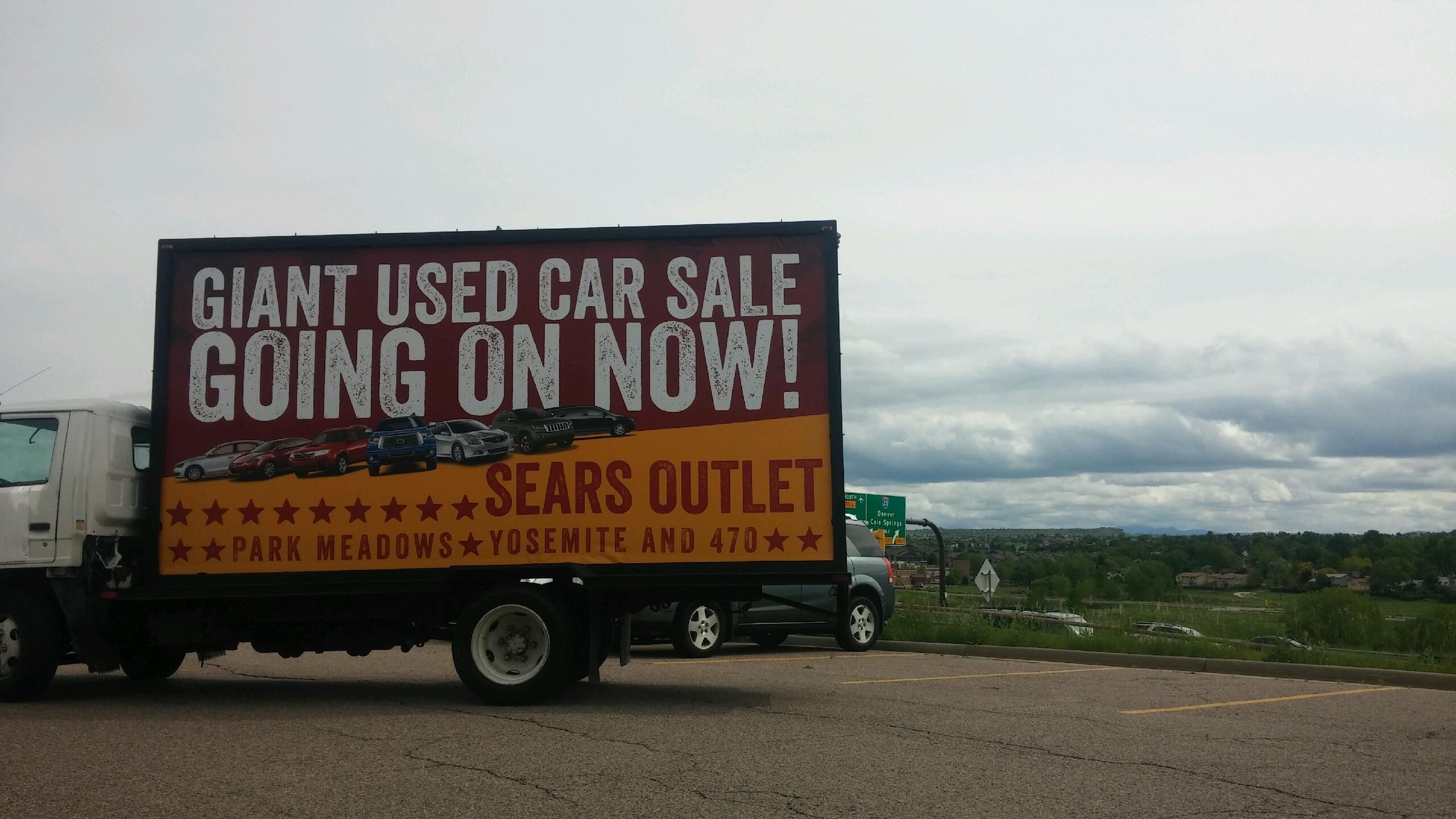 Advertise with Ad Runner’s Mobile Billboards in Denver and all over Colorado and the Mountain West. The City and County of Denver is the capital and the most populous city of the U.S. state of Colorado. Denver is a consolidated city-county, located in the South Platte River Valley on the High Plains, just east of the Front Range of the Rocky Mountains. The Denver downtown district is located immediately east of the confluence of Cherry Creek with the South Platte River, approximately 12.8 miles (21 km) east of the foothills of the Rocky Mountains. Denver is nicknamed the “Mile-High City” because its elevation is one mile, or 5,280 feet (1,609 m) above sea level. The 105th meridian west of Greenwich passes through Union Station and is the temporal reference for the Mountain Time Zone.

The United States Census Bureau estimated that the population of Denver was 682,545 in 2015, making it the 19th most populous U.S. city. In 2015, Denver ranked No. 1 on Forbes’ list of the Best Places for Business and Careers.

Denver is ideal for advertising with mobile billboard ad trucks.