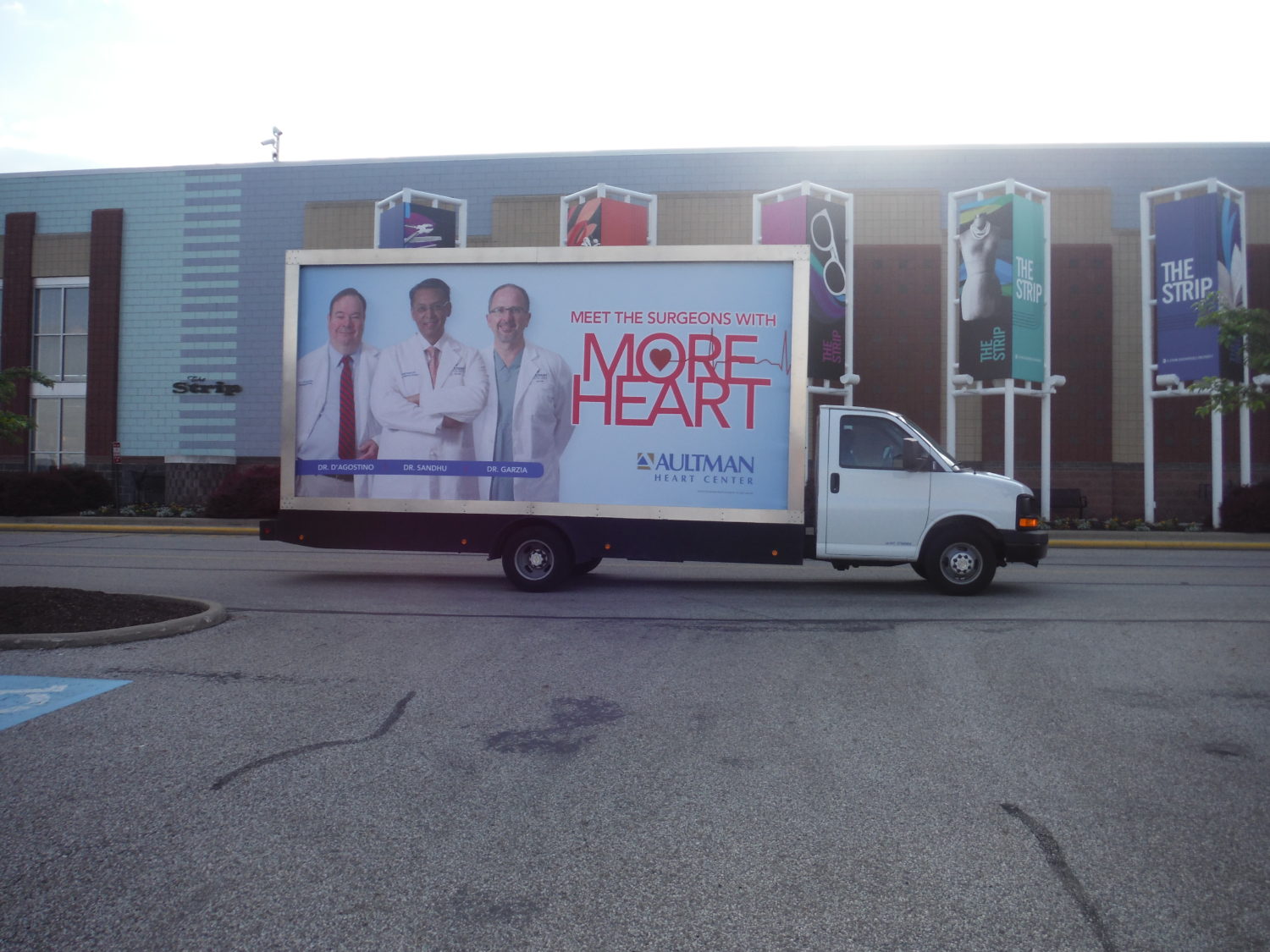 Cleveland is located on the shores of Lake Erie, just north of Akron and Canton in Northeastern Ohio. Cleveland is a city on Lake Erie and is a popular destination for visitors. Call 1-844-5 BIG ADS (844-524-4237) to put our mobile billboard trucks to work for you. We can also advertise in the Ohio cities of Cincinnati, Dayton, Toledo, Youngstown and Columbus and all over Ohio.

Advertise at all of Ohio’s professional sporting events with Mobile Billboards. Call 1-844-5 BIG ADS (844-524-4237) to advertise with Nationwide Mobile Ads.